Get to Know the Construction Manager of Toronto's Hottest New Developer

RÀ Sanctuaries is a Canada-based custom luxury home developer who focuses on using technology to build better, faster and smarter. According to their Construction Manager Max Asavadejkajorn, many of today's legacy developers are scared to take risk, and this is what he believes will set them apart from the pack. Already, this young company is turning heads in Toronto by selling out of all inventory in a mere three months. And according to Asavadejkajorn, this is because they are willing to take risks and prioritize quality, that's setting them apart from other developers.

"The construction and development industries are outdated" stated Asavadejkajorn. "These are industries where hard copies rule and old habits die hard. Embracing technology to automate processes requires a change in approach which requires risk - and the nature of construction is already so risky that many old-school companies who have been around for awhile would rather not 'fix' what's already working."

There's truth to what Asavadejkajorn says. Especially in Ontario, where RÀ Sanctuaries currently builds. Developers can tend to stick to archaic hard-copy practices. However, more and more builders throughout the world are feeling the pressure to utilize technology. Today, new technologies in construction are being developed at a rapid pace. What seemed like future tech 10 years ago are now being used on job-sites across the world. And while construction firms continue to underinvest in tech, venture capitalists are betting on the future of construction tech. In fact, in 2020 and 2021 venture capital firms invested billions in global construction tech startups - nearly a 30% increase over the amount invested in previous years. Since 2009, investors have closed 478 funding deals totaling $4.34 billion in construction tech. Which leaves us wondering, what are RÀ Sanctuaries future tech plans and how will they disrupt the market?

"I can't speak to most of what we are doing behind the scenes as far as tech goes," explained Asavadejkajorn. "But what I can say is what we do roll out will seriously disrupt the industry. We're working on tech that will not only allow us to automate home designs in lightning speed, but cut the build time and cost of a home dramatically - I guess we'll have to chat again in a year and I'll tell you all about it." 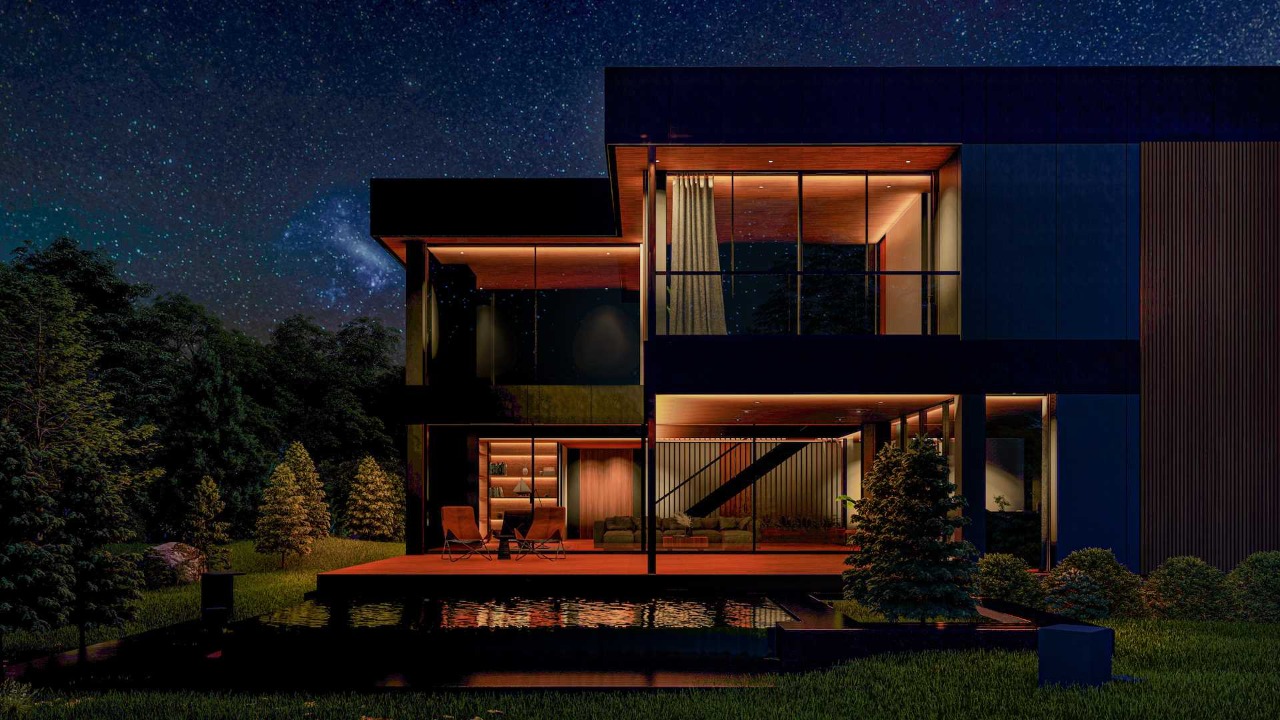 Future minded, with soul at the center

Traditionally, the design of a home was undertaken by an independent architect or designer. Their design would then be handed over to the client, who would proceed to let different general contractors bid on the project. But this approach has one major issue: the designer and the general contractors are not always on the same page. The separation of design and build can cause major delays for the buyer and major expenses, in turn.

This is where RÀ Sanctuaries design-build method of construction thrives. The in-house team of designers, architects, builders and project managers are all in the same room and can iterate on a dime, in real time. But this method is not unique to RÀ. Developers across the world use the design-build approach to avoid unnecessary time and money waster. What RÀ is doing differently, however, is using automation technology to develop unique custom home designs in a fraction of the time.

When many of us imagine a company "automating processes" and "bringing tech to the forefront" we may instinctually assume authenticity will be impacted. After all, many of today's builders do care more about saving money and time, then quality. For RÀ Sanctuaries, this isn't the case. Many of this companies employees were drawn here because of the authenticity they felt in the mission - to improve human life by building the most beautiful living space on earth. And as Asavadejkajorn describes, he was attracted for those exact reasons.

"As a construction manager you spend a lot of your time on your projects. They turn into your life. You think about it when you wake up and you think about it when you go to sleep, so you're emotionally invested," said Asavadejkajorn. "There was a point in my career when I was offered the opportunity to do multifamily homes - working with big developers building 20 story high-rises with hundreds of units. Their mission at the end of the day isn't for these units to be top notch quality. They want to build it as fast as possible, as cheap as possible, and they want to get people renting the space as soon as possible. That was disheartening for me. Here, we care about what we deliver on move in day."

For a young and energetic company like RÀ Sanctuaries, the future is wide open. They have sold five homes in the Greater Toronto Area and have more hitting the market in the months to come. According to Asavadejkajorn, one thing they plan to do right away that other developers aren't is listening to their buyers. They want to perfect their product by taking notes from those investing in them and Asavadejkajorn believes in addition to taking risks, this attention to detail and emphasis on the buyers needs is what will set them apart.

"As we're getting more familiar with the market and talking with clients, we're figuring out what features in a home are actually like valuable to our end users. We're listening," stated Asavadejkajorn. "In the beginning we had these extravagant designs, but you know, what we're learning is not every client wants that. Many want a home that is beautiful and has a soul, but is also practical because at the end of the day, they're spending their hard earned money on it so it needs to be functional. We are at this very interesting phase right now where we are getting more practical with our design and the materials that we're choosing. But what's really exciting is blending that practicality with our particular eye for luxury. I think that's what the future holds - taking the right risks to build homes that are both practical and stunning." 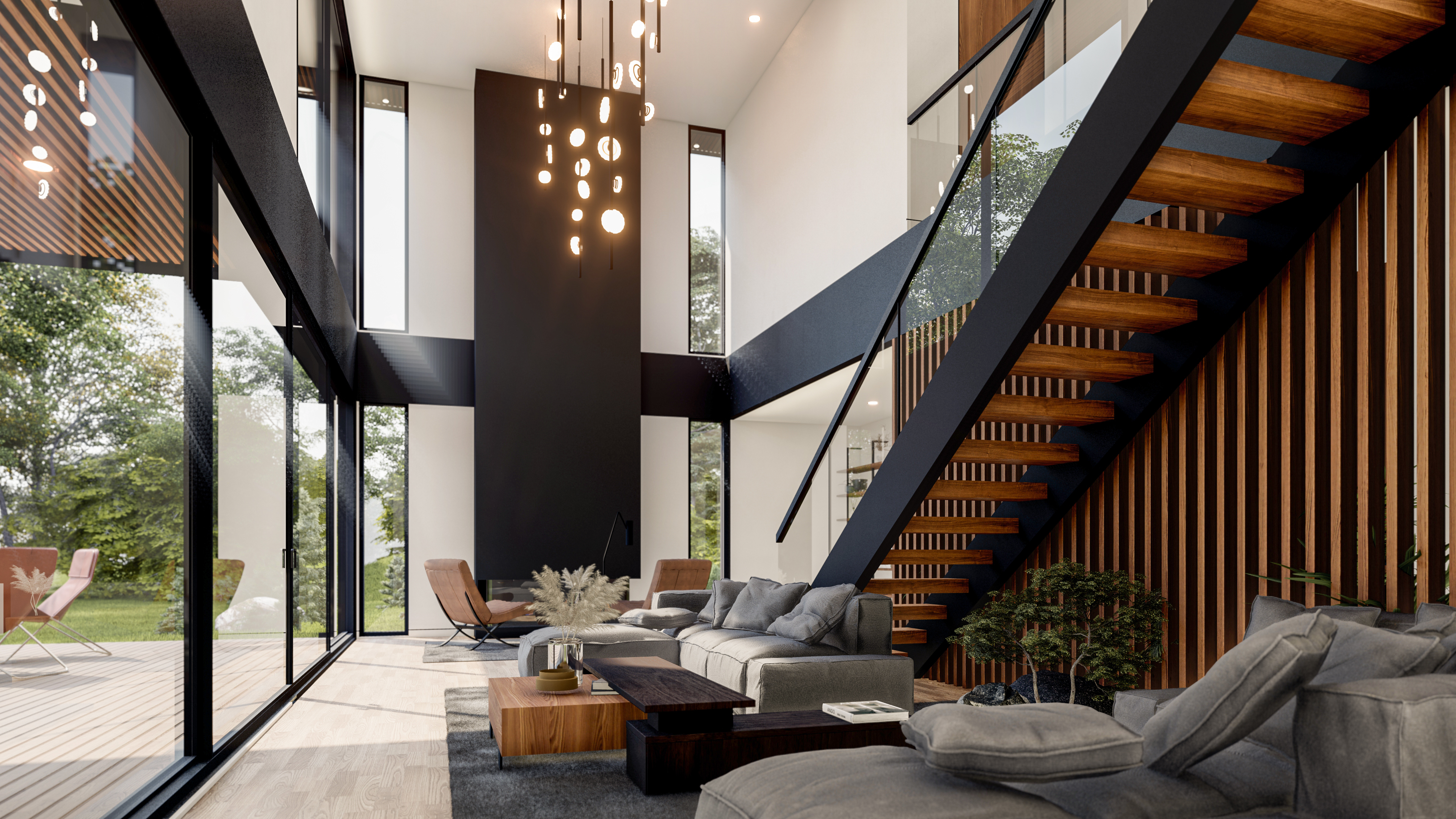